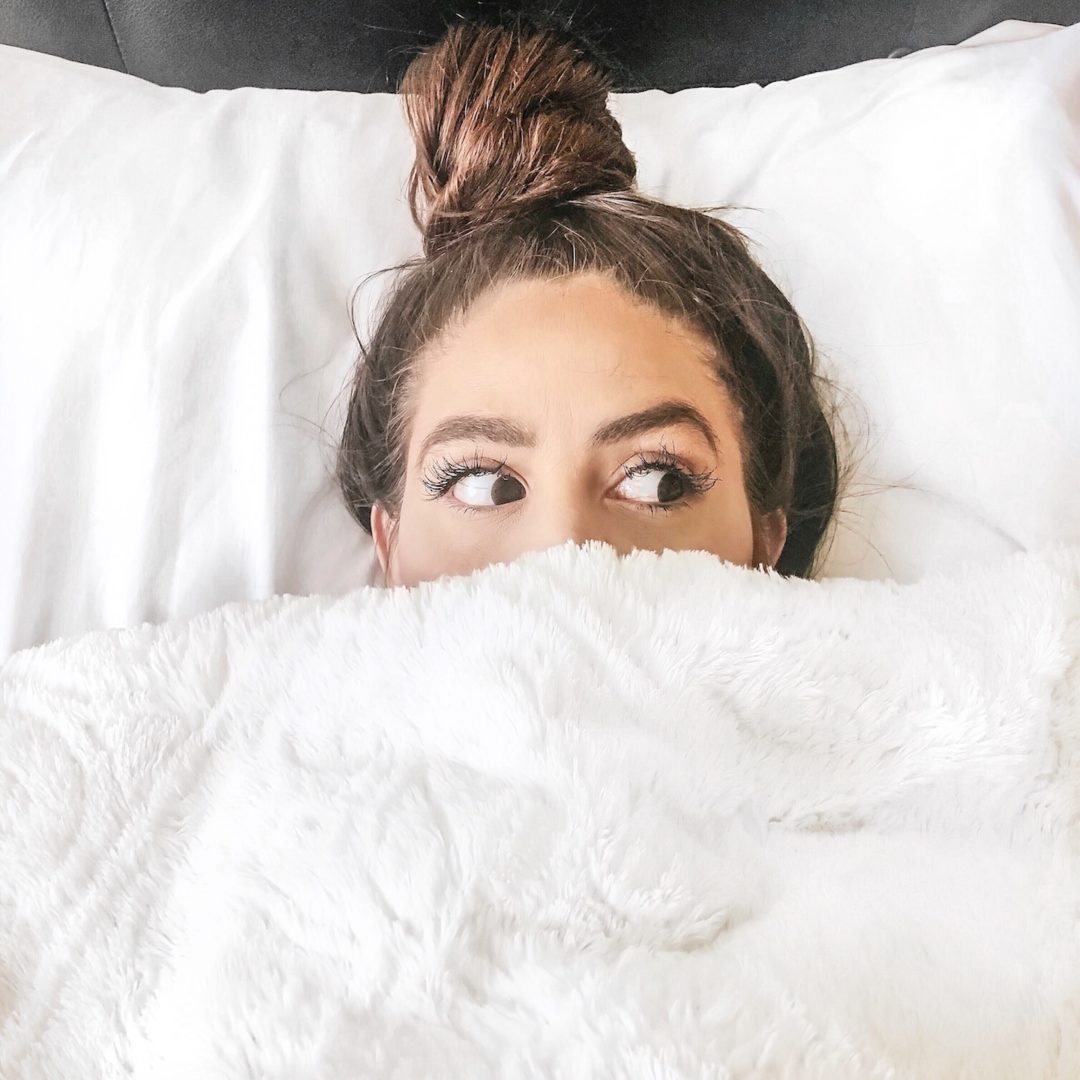 You’re not the same person you used to be…

The new me became a mom about three months ago.  Most of my friends have asked me how it’s been going.  They’ll say things like, “How are you feeling?  How’s the babe? What new milestones has he reached?  Are you loving being a mom?”  And the truth is…. I DO LOVE BEING A MOM….but…being a mom is hard!  I’m a totally different person than I was three months ago, and it scares the living daylights out of me.

How would I describe the old me?  Hmmm….. fun, daring, loving, spontaneous, unorganized, and I always flew by the seat of my pants.  If a friend asked me to dinner, I’d drop everything I had going on and be there.  If I saw an opportunity to be a little crazy…I usually took it.  My car… my poor car.  I had about ten Diet Coke cups and a letter from 2007 laying on the dashboard. Looking back, I’m pretty sure I spent the majority of my evenings trying to annoy Ross by playing constant jokes and asking to go to Taco Bell every hour or so. But… I’m also pretty sure I showed him I loved him 99% of the time by a smile, a hand hold, or a simple “I love you.”

That was all twelve weeks ago… and things are a bit different now.

The new me? I’d still describe myself as pretty fun (HAYYYY), loving (but in a new way), organized (except for my bedside table..I can’t figure that one out yet), and always having a plan of how the day will go.  I even bought a personal planner and have it color coded so that I know what day is what! 🙂 I’m also worried a lot less about myself and much more concerned with this little human.  I like the old me, I really do….but I’m starting to like the new me better, even though it didn’t start out that way…

When I first became this new person, I honestly couldn’t stand myself.  I was MOODY, I was TIRED, I was IRRITATING, I was EXHAUSTING, I was constantly WORRIED, and my love for Ross turned into me wanted to punch him in the middle of the night because he somehow had the magical power of soundly sleeping as I crawled out of bed because our babe was crying to eat….again.  I remember sitting there and crying to Ross because it was 4:00 AM, I hadn’t had a thing to eat in over 12 hours, he hadn’t told me I was pretty that day, and….THERE WAS A CRUMB ON THE FLOOR FROM LAST NIGHT. Seriously……cried about it. I remember Ross’ face the first time I had one of those breakdowns.  It was like he was looking at a face he’d never seen before.  Looking in his eyes one night, I had a moment of clarity.  What was I thinking? Why was I yelling at him?  Why was I SO mad at him for quite frankly not doing anything? I realized in that moment how exhausting I’d become.  Within seconds I was crying again and asking Ross how he could still love me.  Yeah…that happened. –Just typing that makes my eyes swell with tears.  I couldn’t understand how he could still love someone so….. on edge.

(*Guys, I legit went cray at certain moments.*)  Why? BECAUSE MY LIFE COMPLETELY CHANGED IN WHAT SEEMED LIKE AN INSTANT.  I went from taking care of only myself to giving everrryyything I had to this tiny little human.  I no longer cared about my hair, I no longer cared about socializing, and quite frankly I didn’t care about anything other than my baby boy.  I worried about EVERYTHING (and admittedly still do most of the time).  Is he happy? Is he safe?  Is he on track? Etc. My entire life became this amazing little boy who I never knew I could love so much.  LIKE, SO MUCH.

After what seemed like a million conversations with Ross, a thousand tears, a few phone calls with fellow moms, and time…. I can honestly say that things have gotten better. I’ve adjusted and I’ve also learned a lot.  I’ve learned that it’s okay to talk to Ross about things other than our babe, it’s okay that I can’t clean the house every day, it’s okay that the only laundry that gets done sometimes is the baby’s.  I’ve also learned that it’s okay to take a break.  It’s okay to go out with one of my friends and let the hubs watch him.  It’s okay to take an hour of what I call *spa time* where I shower, do my hair, put on a face mask, and watch Youtube while laying down in bed all by mahhhhself!  In fact, it’s not just okay…it’s NECCESARY.  What kind of mom would I be if I never took care of myself?  If I never showed his daddy how much I love him?  If I didn’t show baby Rhett the importance of trust? If I didn’t show him how to be a friend?

After typing this letter to myself and reading it over…I had a thought.  Have I really changed?  Or am I just a better version of who I used to be?  Either way, I like this new version better.  Challenges are still going to come up, I still am going to be exhausted, and I know I’ll always worry about my little man….but life is so much sweeter with Rhett.

And…for the record… the new me has become the old me’s hero.  I’m proud of myself for becoming a mother who tries her best every step of the way.  A mom kinda like my own.

PS– Tonight when you find spaghetti sauce on the kitchen rug because Ross made you dinner, cleaned the dishes, surprised you with a Diet Coke, told you he loved you an abundant number of times, watched Rhett while you had a little “you time”, and let you watch your favorite show….instead of getting upset over the spaghetti sauce, give him a kiss and let him know he’s doing one heck of a good job too. 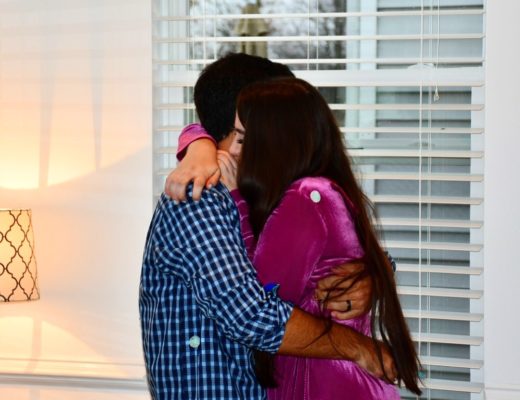 Gender Reveal & a Letter to Our Baby 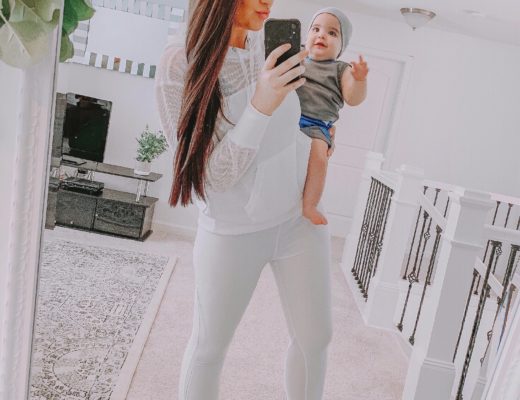 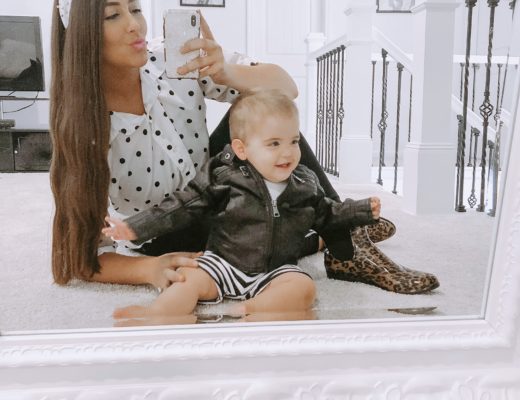 Back to School/Daycare Essentials